Revision as of 10:12, 8 December 2007 by WikiAdmin (Talk | contribs) (Illustrations from the Nuremberg Chronicle, by Hartmann Schedel (1440-1514) From [http://en.wikipedia.org/wiki/Nuremberg_Chronicle Wikipedia]: The Nuremberg Chronicle, written in Latin and German versions by Hartmann Schedel, is one of the best document)
(diff) ← Older revision | Latest revision (diff) | Newer revision → (diff) 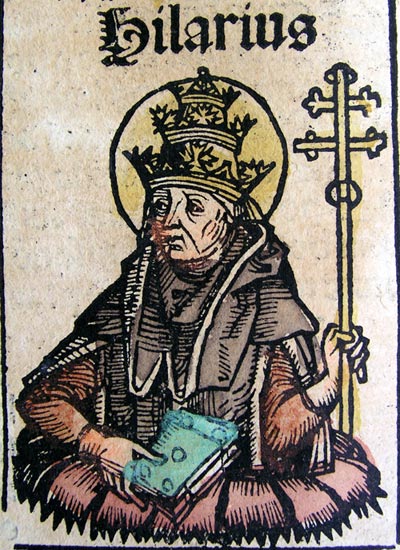 Illustrations from the Nuremberg Chronicle, by Hartmann Schedel (1440-1514)

The Nuremberg Chronicle, written in Latin and German versions by Hartmann Schedel, is one of the best documented early printed books and, appearing in 1493, is an incunabulum.

The large workshop of Michael Wolgemut, then Nuremberg's leading artist in various media, provided the unprecedented 1,809 woodcut illustrations (before duplications are eliminated). Sebastian Kammermeister and Sebald Schreyer financed the printing in a contract dated March 16, 1492, although preparations had been well under way for several years. Wolgemut and his stepson Wilhelm Pleydenwurff were first commissioned to provide the illustrations in 1487-8, and a further contract of December 29th 1491 commissioned manuscript layouts of the text and illustrations.

Albrecht Dürer was an apprentice with Wolgemut from 1486-1489, so may well have participated in designing some of the illustrations for the specialist craftsmen (called "formschneider"s) who cut the blocks, onto which the design had been drawn, or a drawing glued. Source: [1]

Click on a date/time to view the file as it appeared at that time.

The following page links to this file: