Difference between revisions of "Chapter 4"

a: 81, b: 64 - everything she saw, smelled
Although the novel delves more into Tristero in later pages, this sentence may suggest that it can be interpreted as far more than an actual secret organization, perhaps some metaphor for paranoia as a whole, in which everything experienced (saw, smelled, dreamed, remembered) by the paranoiac seems to connect to some great conspiracy.
At least one reader was reminded of Shakespeare's lines in A Midsummer's Night's Dream:
The lunatic, the lover, and the poet
Are of imagination all compact:
One sees more devils than vast hell can hold,
A Midsummer's Night's Dream

a: 83, b: 65 - Clayton "Bloody" Chiclitz
Chiclets are a famous brand of candy-coated chewing gum. The sentence "After the fight he was spitting out bloody Chiclets" means he had had some teeth knocked out; incisors are about the size and shape of Chiclets.
This character also appears in V. (55; the munitions king; 152; president of Yoyodyne, Inc., 226-27) and Gravity's Rainbow (558-62): "about as fat as Marvy and wears hornrimmed glasses, and the top of his head's as shiny as his face"; American industrialist with T-Force scouting German engineering (esp. secret weaponry); owns a toy factory in Nutley, NJ; he's running a fur operation, employing 30 kids whom he eventually wants to take to Hollywood to be movie stars.

That reference to the Fur Operation is part of a well-crypted pun that points back to William Pynchon, founder of Springfield who started as a fur-trapper, trader and owner of the mills in and around around Springfield.

a: 83, b: 65 - Aura Lee
"Aura Lee" (also known as "Aura Lea") is an American Civil War song about a maiden. The Elvis Presley song "Love Me Tender" (lyric by Ken Darby) is sung to the same tune as "Aura Lee". Wikipedia

a: 86, b: 68 - James Clerk Maxwell
(1831 – 1879) was a Scottish mathematician and theoretical physicist. His most significant achievement was formulating a set of equations — eponymously named Maxwell's equations — that for the first time expressed the basic laws of electricity and magnetism in a unified fashion. Wikipedia

Pynchon may have read about the demon in the writings of historian Henry Adams, whose Education of Henry Adams Pynchon cites approvingly in other works. In Adams' manuscript, The Rule of Phase Applied to History, he attempted to use Maxwell's demon as an historical metaphor, though he seems to have misunderstood and misapplied the principle.

a: 88, b: 70 - in school they got brainwashed
Pynchon studied engineering physics at Cornell before joining the Navy and ultimately graduating with a degree in English. His portrayal of Koteks seems to be an indictment on the sad state of the profession of engineering in the corporate age, when patents are in the hands of corporations instead of pioneering inventors like Edison.

a: 90, b: 72 - Vesperhaven House
Vesper mostly points towards "evening", Haven is a place of rest and safety. Kerry Grant, in A Companion to the Crying of Lot 49 calls it a "surprisingly straightforward name" for a rest home.

a: 91, b: 72 - Leon Schlesinger
Leon Schlesinger was an early film producer who developed the Looney Tunes/Merrie Melodies cartoon series just as sound recording emerged in 1930.

a: 91, b: 72 - Mr Thoth
The Ancient Egyptian deity Thoth is usually depicted in human form with the head of an Ibis. He is the scribe of the Gods, credited with the invention of writing and the hieroglyphic alphabet. See also Alastair Crowley'sBook of Thoth.

a: 91, b: 73 - Pony Express
The Pony Express fast overland mail service was in operation a little over a year when the First Transcontinental Telegraph rendered it obsolete in October of 1861.

a: 91, b: 73 - it was all mixed up with a Porky Pig cartoon
Porky Pig was developed by animator Bob Clampett in 1935. Pynchon's novels incorporate a heavy cartoonish element. Porky Pig appears as a tattoo in Gravity's Rainbow. Pynchon is reported to be a fan of pigs in general and it's been suggested that his affinity for Porky stems from his stutter.

a: 91, b: 73 - Porky Pig and the anarchist
The cartoon is called The Blow-Out, a Warner Brothers/Leon Schlesinger 1936 production, "Supervised by Fred [not yet "Tex"] Avery" and including the animation work of Charles [not yet "Chuck"] Jones this early Porky Pig feature features our Porcine Hero in his earlier, fatter days. The black-cloaked Anarchist bomb-maker cackles like Margaret Hamilton in the Wizard of Oz. 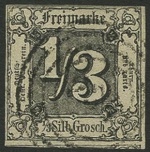 a: 94, b: 75 - Genghis Cohen, philatelist
Philately is the study of Revenue or Postage Stamps.

In 1966, the novelist Romain Gary accused Pynchon of stealing the name Genghis Cohen from one of his books. Pynchon penned a humorous reply in a letter to the editor of the New York Times Book Review.

b: 75 - adenoidal
Having the characteristic snoring, difficult breathing or nasal tone that results from enlarged adenoids: the two infection-fighting organs at the back of the nose and above the tonsils.

a: 94, b: 76 - I picked the dandelions in a cemetery
Like the charcoal from bones turned into ink and cigarette filters, dead people are once again being recycled.